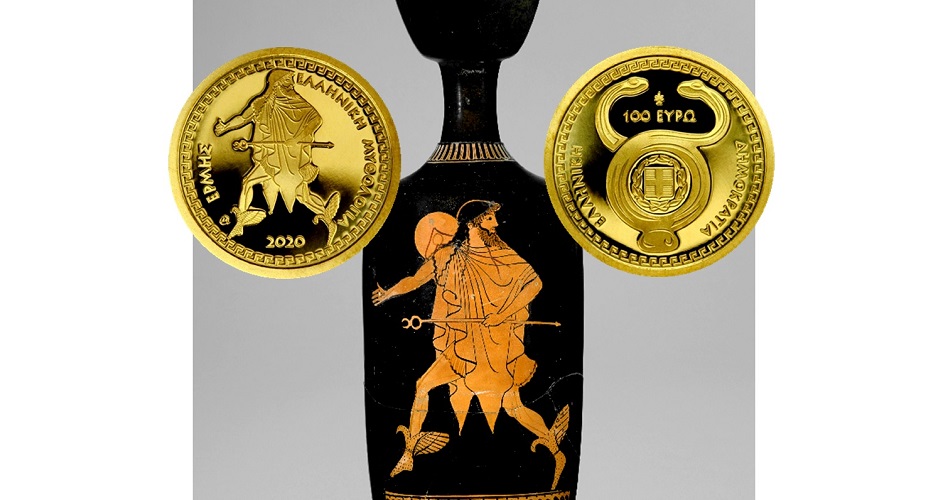 The Bank of Greece has launched (21st September) new gold Proof quality collector coins as part of their current “Greek Mythology” series highlighting on some of the most well-known stories: The Gods and Goddesses, in tales which are almost 4,000 years old and have stood the test of time. It is said the purpose of the myths was to provide the hearer with a truth which the audience then interpreted for themselves within the value system of their culture. The stories of the Greek myths attempted to answer the most difficult and the most fundamental questions of human existence.

The latest coin features Hermes, who was the son of Zeus and the Pleiad Maia, daughter of Atlas. Since the advent of the international postal system, an image of Hermes has often been used to denote the function and speed of sending letters around the world. 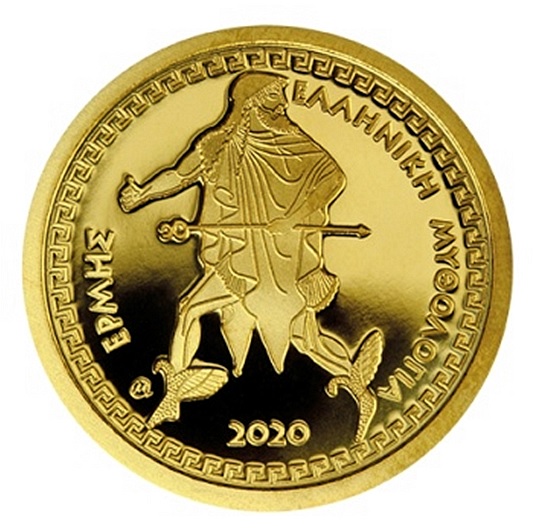 The coins are produced by the Hellenic Mint at their facilities in Athens on behalf of the Bank of Greece and are designed by M. Antonatou. The design on the obverse is inspired by a depiction of Hermes shown on an Athenian lekythos, or ancient Greek vessel used for storing olive oil, which is attributed to the fifth century B.C. The lekythos is displayed at the Metropolitan Museum of Art, New York. On the depiction, Hermes, the messenger god, is shown moving swiftly on an errand for Zeus, the ruler of the gods. Dressed in travelling clothes with a chlamys (short cloak) and a petasos (a broad-brimmed hat), he wears winged sandals and carries a herald’s staff, a kerykeion, which terminates in entwined snakes at its top. The same symbol was later carried by Greek heralds as they travelled from city to city. To the right of the primary design is the text ΕΛΛΗΝΙΚΗ ΜΥΘΟΛΟΓΙΑ (“Greek Mythology”) and to the left is ΕΡΜΗΣ (“Hermes”). 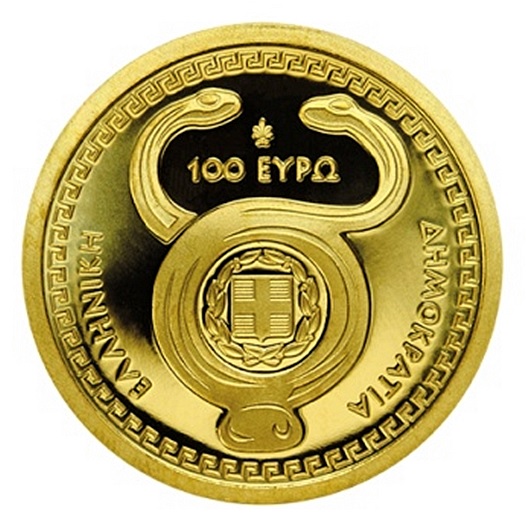 The reverse side includes a design which focuses on the top of the staff carried by Hermes, the entwined snakes, with both heads pointed at each other. In the middle is the denomination of 100 ΕΥΡΩ and on each side are the words ΕΛΛΗΝΙΚΗ and ΔΗΜΟΚΡΑΤΙΑ (“Hellenic” and “Republic”) 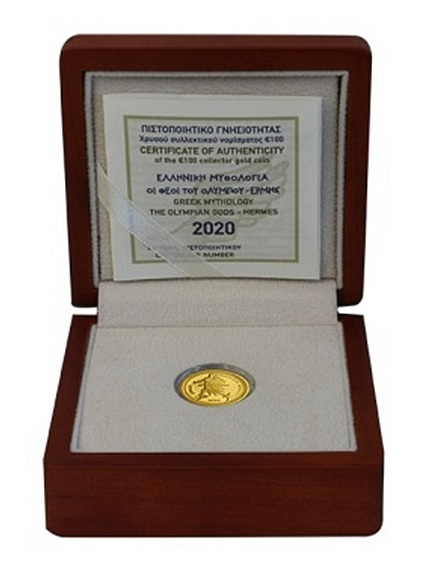 Available from the 28th September, each Proof quality coin is presented in a custom Bank of Greece-branded case, accompanied by a certificate of authenticity. Collectors residing in Greece can visit the Bank of Greece’s headquarters in Athens. Those outside Greece are asked to e-mail the following mailing address: Serv.NumProd@bankofgreece.gr.

Gold and Silver Plunge in June and Quarter; U.S. Mint Gold Sales Quicken in First Half of 2022

Gold, silver, platinum and palladium declined on Thursday, padding their losses in June and the second quarter. Gold, silver and platinum also registered, respectively, near five-month, two-year, and... [[ This is a content summary only. Visit my website for full links, other content, and more! ]] [...]

Early United States Mint sales figures are now available for the 2022 Silver Proof Set. Released last Thursday, June 23, the set of 10 coins with 7 of them struck in 99.9% fine silver logged four-day... [[ This is a content summary only. Visit my website for full links, other content, and more! ]] [...]

On June 20, Heritage Auctions sold the 2021 Nobel Peace Prize medal awarded to independent Russian journalist and Novaya Gazeta editor-in-chief, Dmitry Muratov, for $103.5 million. That is the... [[ This is a content summary only. Visit my website for full links, other content, and more! ]] [...]

On Wednesday, and for a second straight session, platinum and palladium gained while gold and silver declined. Gold’s loss was its third in a row. The yellow metal also posted a new, just over... [[ This is a content summary only. Visit my website for full links, other content, and more! ]] [...]

Rolls and bags holding the United States Mint’s newest American Innovation® $1 Coin launched today at prices ranging from $34.50 to $117.50. Celebrating innovation from the state of... [[ This is a content summary only. Visit my website for full links, other content, and more! ]] [...]